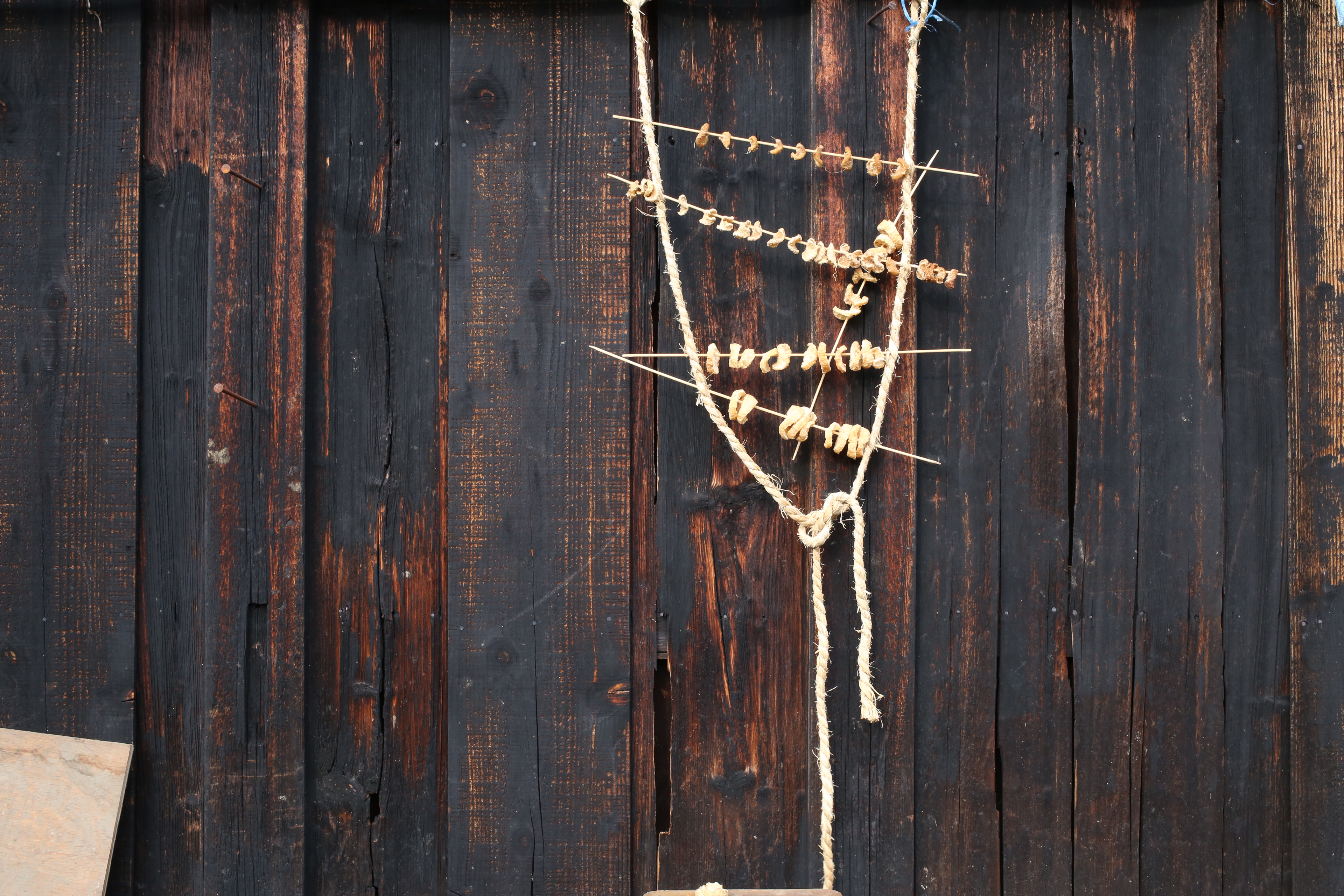 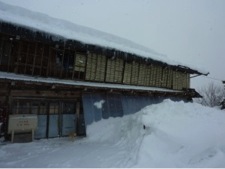 Most of us are accustomed to seeing dried fruits, but in the Yamanomura area, dried daikon roots or “kanboshi-daikon” are made every winter as non-perishable food items to support the food stock until the next harvest season around June. “Kan” means cold, “boshi” means dried, so “Kanboshi-daikon” means freeze dried daikon.

No one remembers when this practice started, but the locals say this practice has been going on for at least a few hundred years.

Locals use the “kanboshi-daikon” in miso soup and “nimono”, or vegetables and meat simmered in soy-sauce based broth.   According to the locals, freeze dried daikon has a tendency to soak up the broth well, and when local delicacies such are wild boar and bear meat area available, it makes the dish especially tasty.