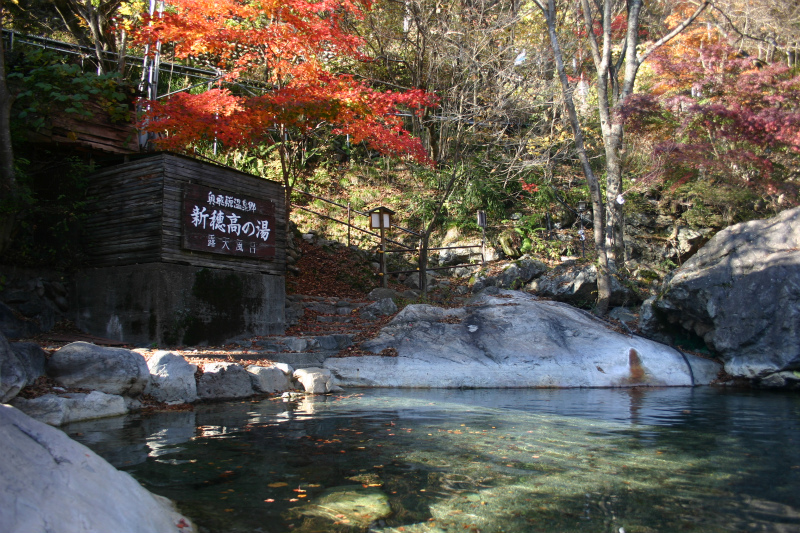 As a country that sits on top of the Pacific Rim, Japan has countless public baths. In the past, there were public baths called “sento” in the towns as private baths in the homes were rare in those days. Whole neighborhoods went to their local sento not just to bathe, but to converse and share information. It ended up to be an information hub and was an effective method to build community. The owner of the sento knew its patrons, and if someone didn’t show up for a while, the community knew something was not right.

As the cities modernized and baths were installed inside the homes, most of the “sento” had disappeared. However, currently, there are large public bath facilities in the outskirts of Tokyo and other suburban areas which receive quite a following and are usually crowded on the weekends. Families and friends visit these public bath facilities to relax, talk, and spend time together. The mentality of inviting friends to the public baths parallels that of going to a café or a local restaurant. In fact, there are cafes, restaurants, and public space for congregation usually located adjacent to the facility allowing people to spend the whole day there. (The pricing is usually 700 to 1,000 yen per visit, and require visitors to bring their own towels.) 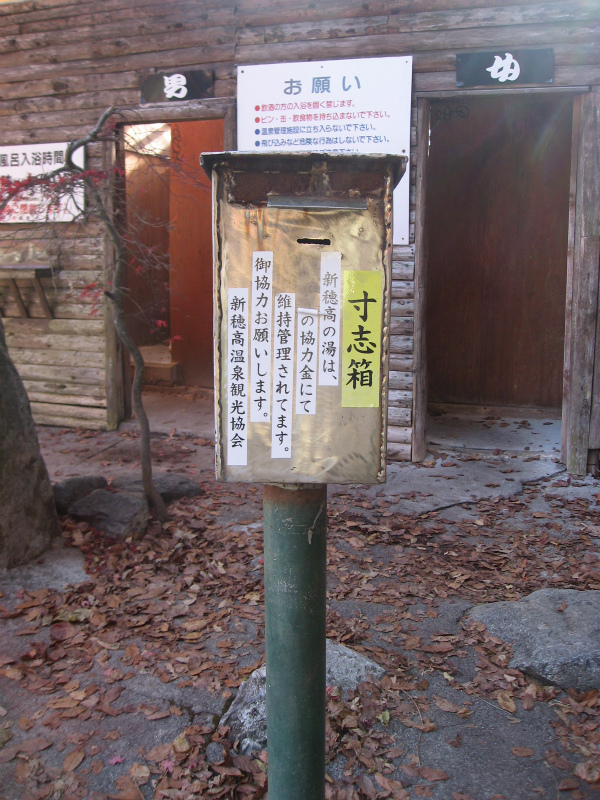 Donation box for the “Shin-hotaka-no yu”. The building in the background is separated into mens (left), womens (right) to change clothes. However, the bath itself is mixed gender.

For foreign travellers, the onsen (hot springs) are probably a more accessible form of public baths as they are located in the tourist areas. They are usually within a ryokan (traditional Japanese accommodation) and the onsen is usually only open to ryokan customers (although there are exceptions allowing the general public to enter the facility for baths).

However, if one ventures further into the onsen town, there are usually public baths in seemingly random places away from ryokans and other facilities. They usually seem to harmonize so well with the surrounding natural environment, they are not easy to locate.

One such bath is the “Shinhotaka-no-yu”, in the Okuhida area, about an hour from Takayama. This outdoor onsen bath is located next to a mountain stream, and bathers can hear the stream from the bath.

It is said that most baths in Japan were of mixed gender until strong western influence deemed this practice “inappropriate”. However, this mixed gender bathing takes trust and builds trust amongst the local population and has historically been an important community building practice.

So trusting are these bathing facilities that most of them do not have facility managers or employees managing the place. They usually place a donation box and patrons would contribute any amount they wish.

Some of the best onsens in Japan are mixed gender, but because of the hidden nature and mental challenge it presents, they are usually only enjoyed by the local population.