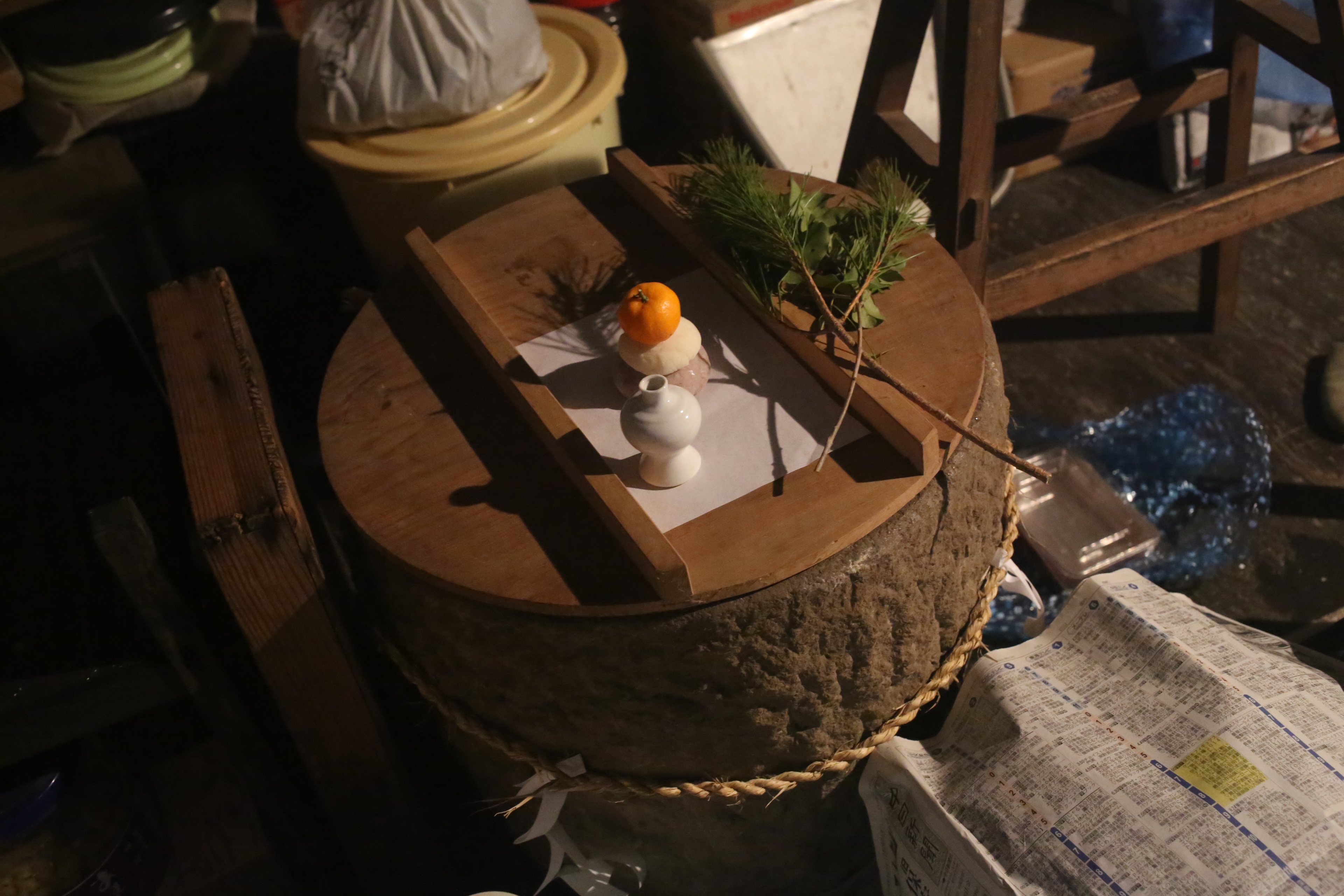 The most important holiday in Japan is New Year’s. Almost all Japanese spend New Year’s with their own family. 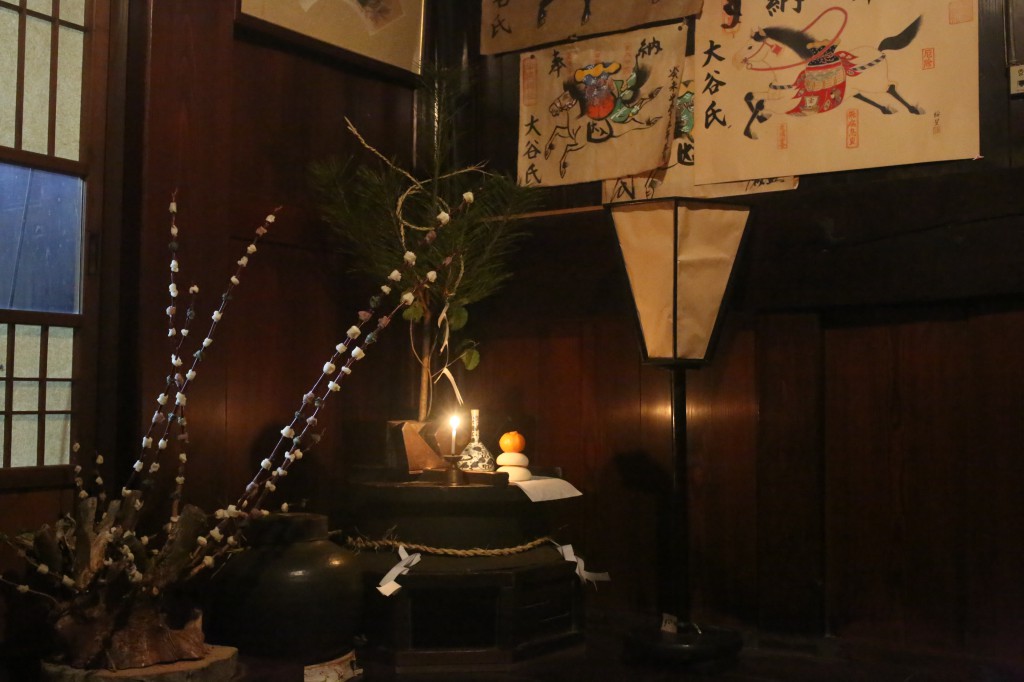 At the end of December, people who live in the Hida area prepare for the new year. The custom of ‘Hana-mochi’ is one of these preparations. In this article, we introduce some other customs and events.

Aside from the ‘mochi-tsuki’ and ‘hana-mochi’ in the Hida area, people clean each house and consecrate pine trees and the new sacred straw rope. Also mothers make special food for the New Year’s holiday.

In the olden days, people used to burn firewood and make a fire in the ‘irori’ (traditional Japanese open hearth) in old-style houses. Therefore soot would collect on the inside of the house above the hearth.

The first thing people would clean was the ceiling. Also people would clean around the ‘irori’. People believed that the god of the hearth was enshrined in the hearths (‘irori’) and other places where fire is used. Those places were the most important places in older customs. 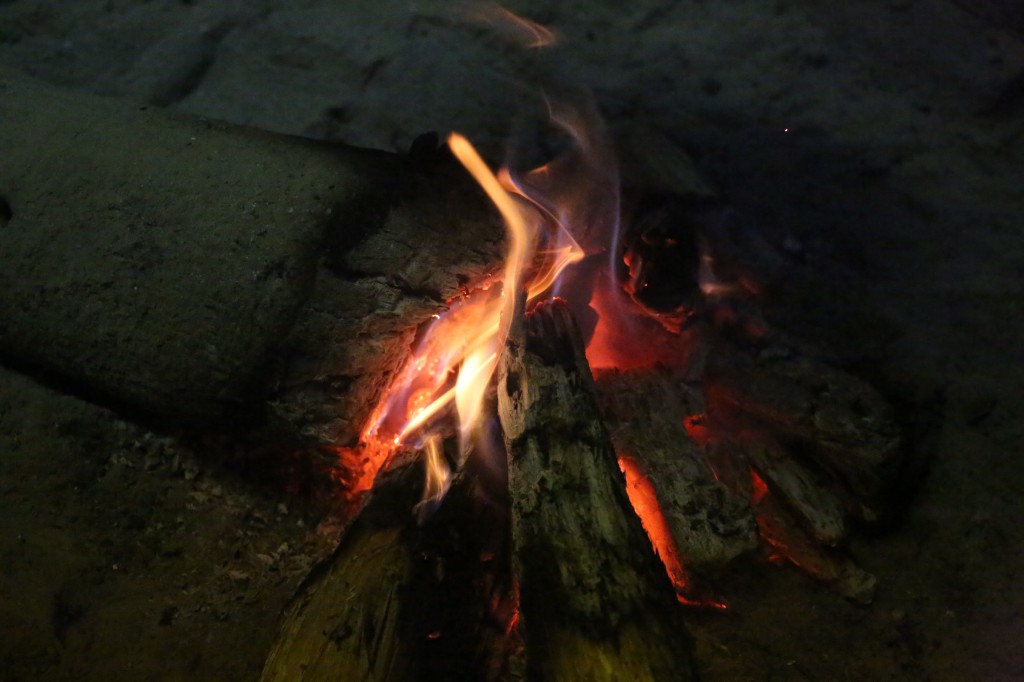 Nowadays, there are fewer old-style houses with ‘irori’. The style of cleaning houses has changed. 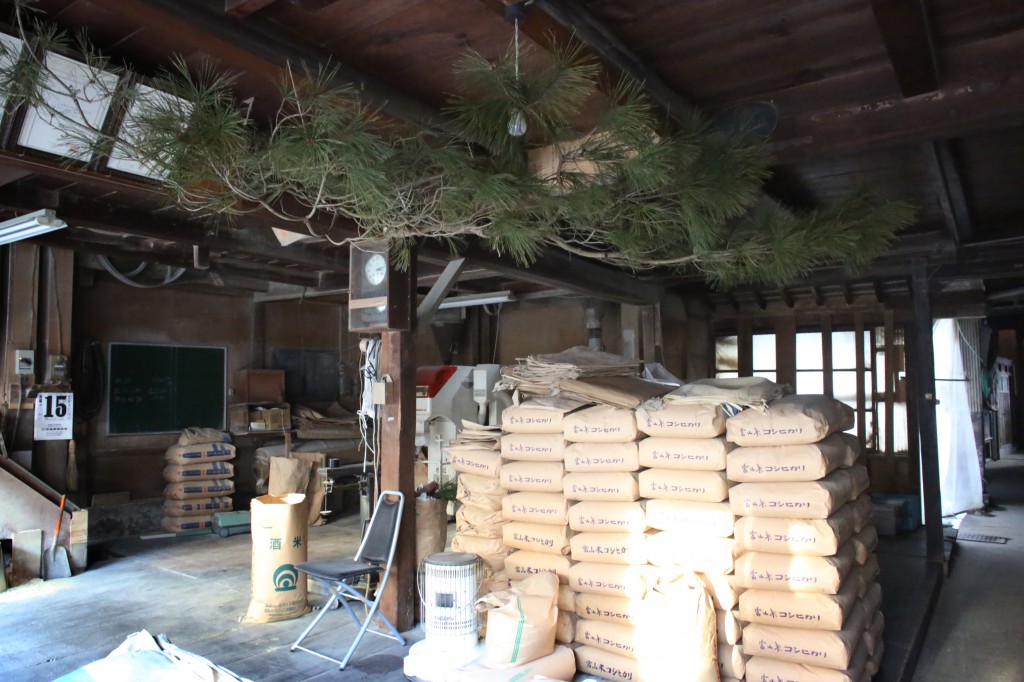 Some people decorate pine branches with ornaments, just like a Christmas tree. 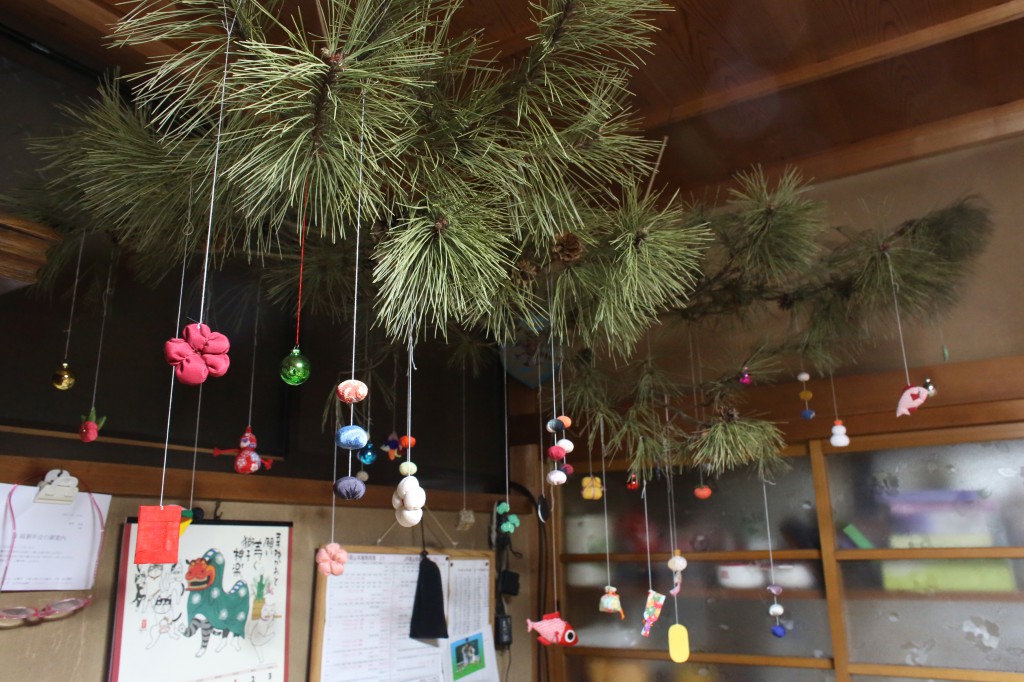 People who live in this area go to collect a pine branch near the mountain on December 15th.

In general, New Year’s is the most precious day in the year in Japan. However, in the Hida area, New Year’s Eve has been considered the most important day since ancient times.

On the evening of December 31st, the head of the family, often a grandfather or father, offers sacred sake and lights some candles on some household Shinto altars and the family’s Buddhist altar. At 6 p.m. all of the family gather and sit around the ‘irori’, amidst special dishes prepared by the mother for ‘toshi-tori’. The father says to the family, ‘This year is about to end. Thanks for all of your work. May this year be another good one’ or something like this. And he proposes a toast, saying ‘cheers!’ 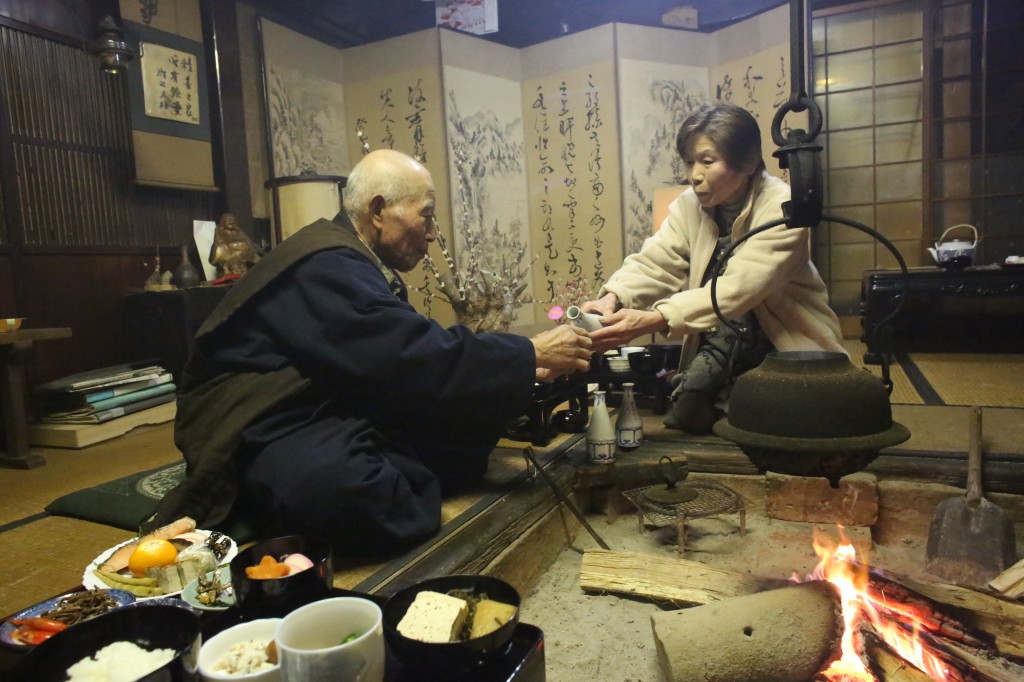 All the dishes are served in a wooden bowl lacquered with the Wajima technique. Also, the dishes make up the biggest dinner of the year. We Japanese make and eat those dishes believing in omens. 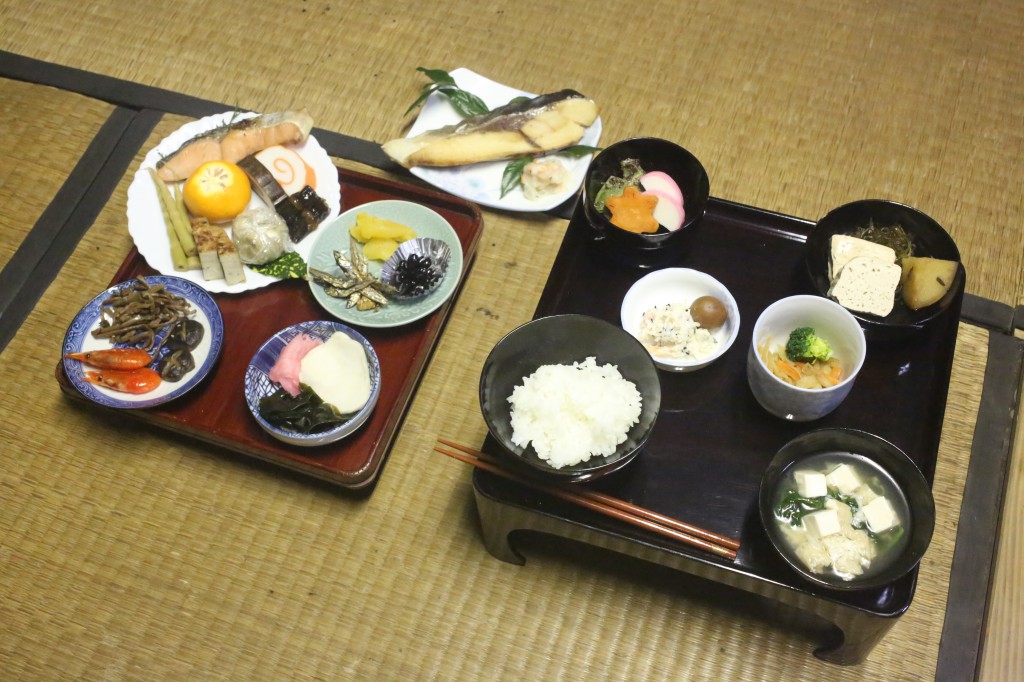 A homophone of ‘mame (beans)’ means ‘good health’; the word ‘kobu/kombu (seaweed)’ can also mean ‘pleasure’, just as ‘tadukuri (dried sardines)’ can also mean ‘huge harvest’. ‘Hime-dake’ and ‘zenmai’, which have already been introduced in this magazine, are also special dishes in the Hida area. And there is one other special holiday fish, ‘buri (young yellowtail)’. ‘Buri’ has six names, according to the stages of its growth. Therefore, ‘buri’ has been eaten to pray for promotion because yellowtail is a ‘shusse-uo’ (a fish that promotes life as it grows larger). Most families spend time with special dishes and delicious sake on New Years Eve. Around 11 p.m. bells ring out the Old Year. 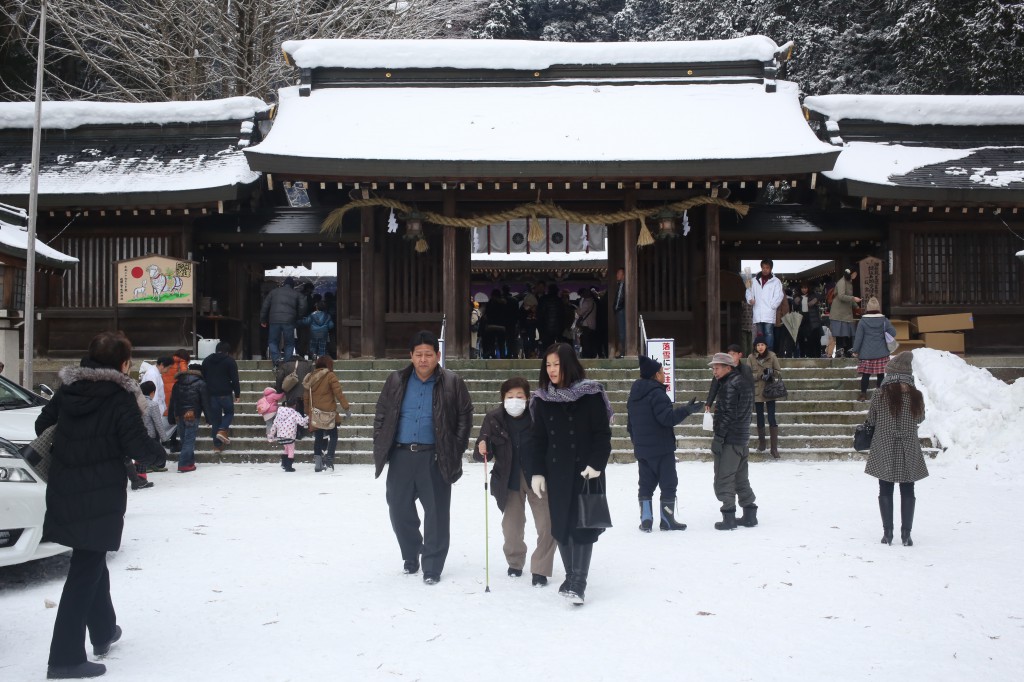 January 1st is called ‘gantan’. People go out with their family on the first Shinto shrine visit of the New Year and say grace for the year. 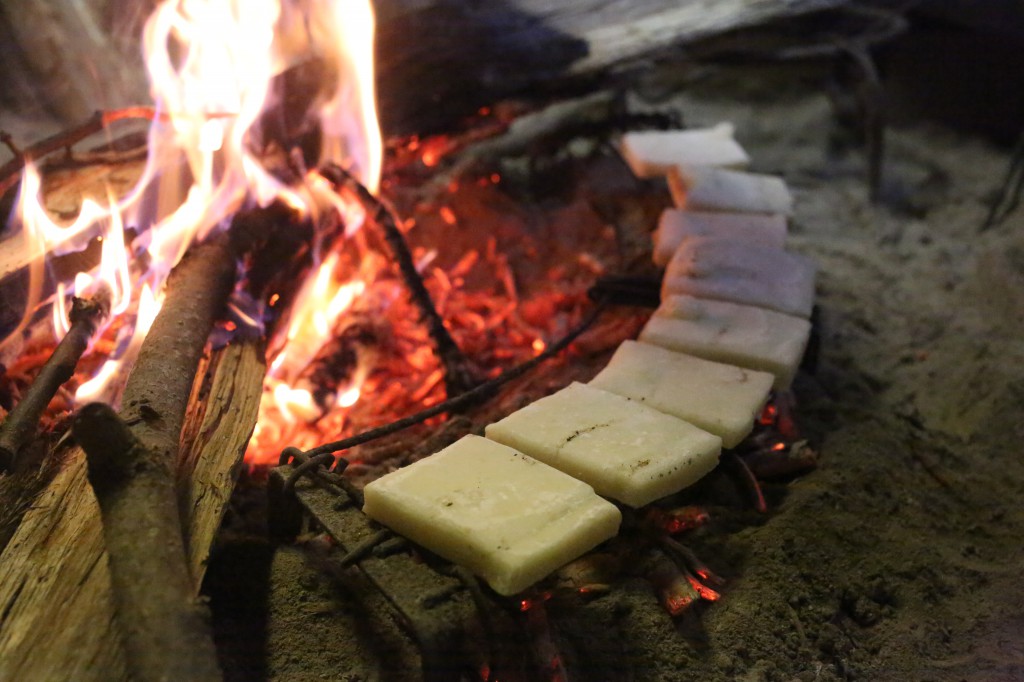 Then people return home, and eat the first meal of the new year, which is ‘ozouni (rice cake in soup)’ made from mochi (rice cakes) that were pounded at the end of the old year. 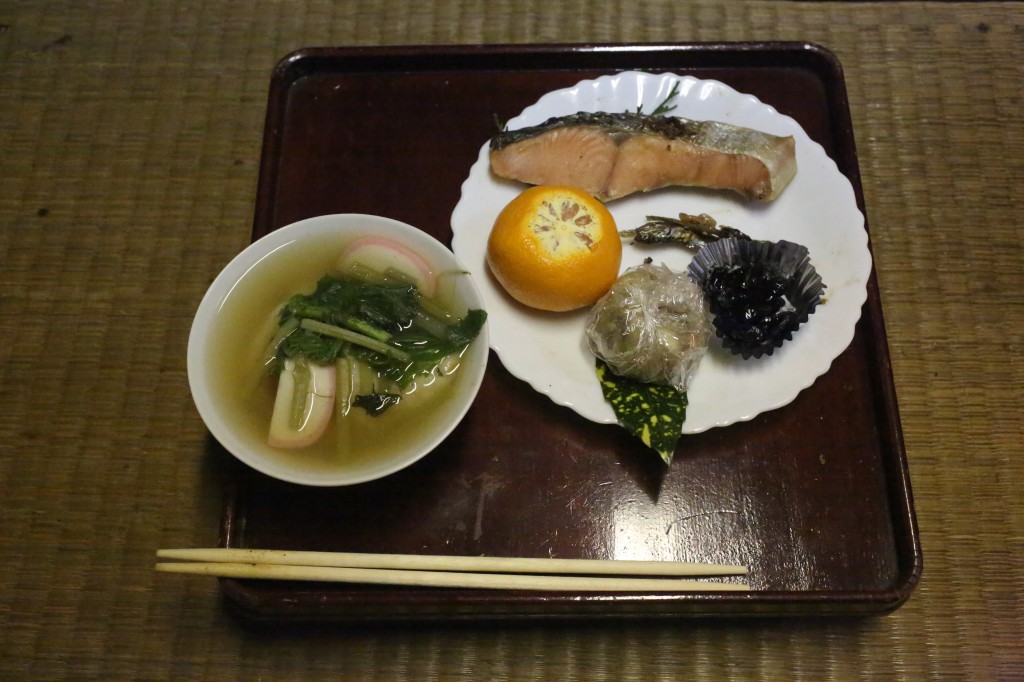 From January 1st to 3rd, the mother rests while the head of the family bakes mochi.

On January 15th, people hold ‘dondon-yaki’. This ceremony is a fire festival held at Shinto shrines. People bring all sorts of decorations for the New Year, pine decorations and Shinto straw festoons, and they burn those things. 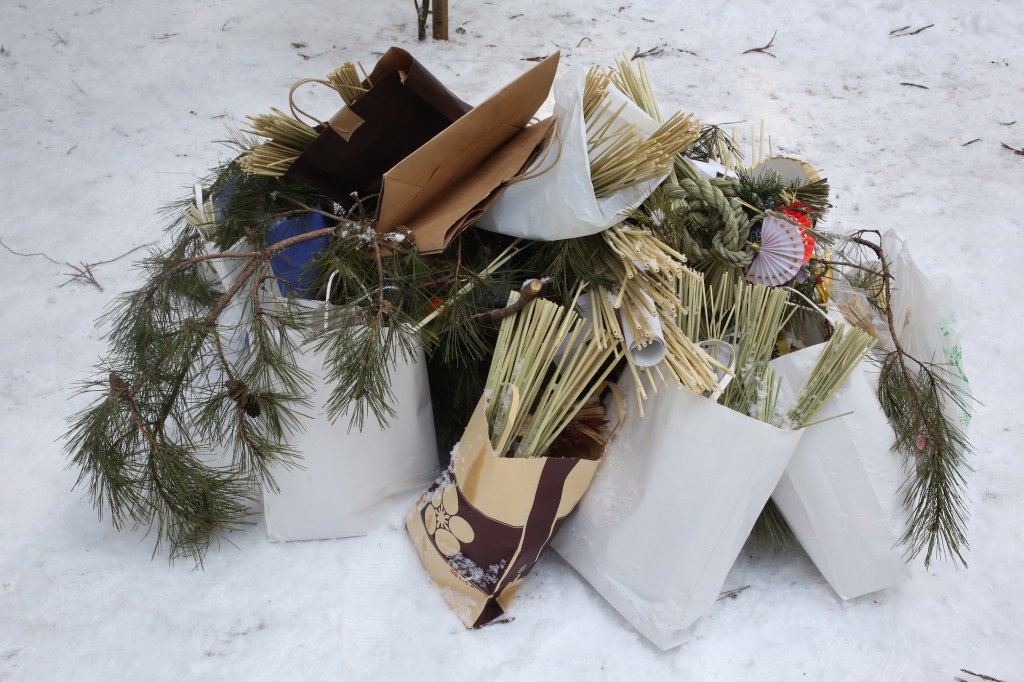 It is good if the flames of the fire leap high. The gods visit our world during this holiday, attracted by pine trees and stay with us in our home for several weeks until they return to their heavenly realm through the flames lit during the fire festival. 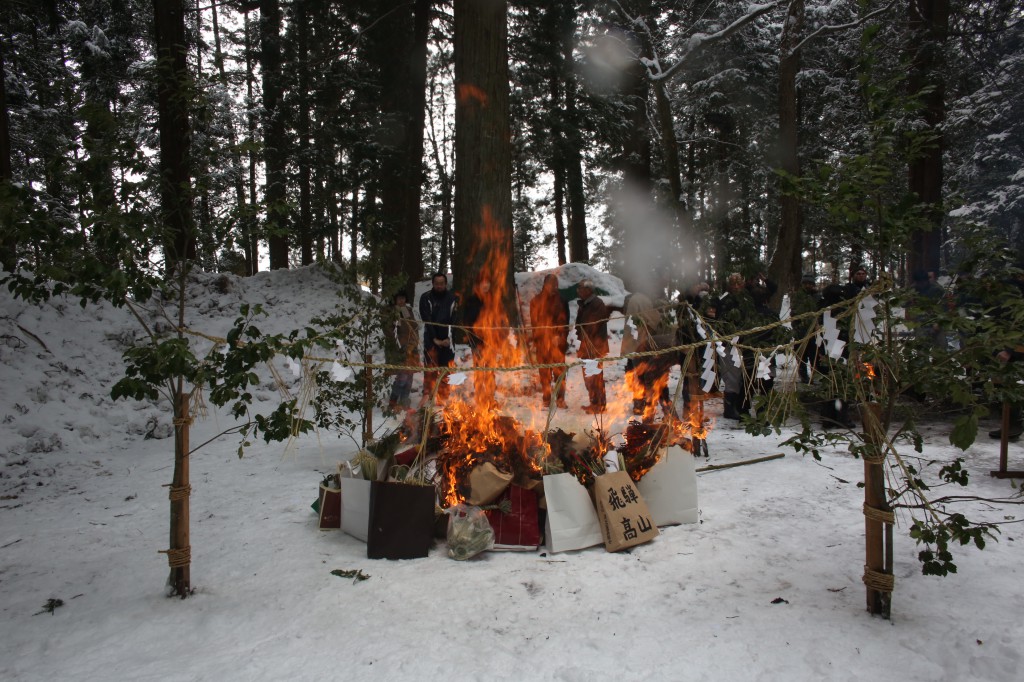 In the Hida area on New Year’s Eve, people express thankfulness for the previous year, and on New Year’s Day, we pray for health and happiness in the coming year. 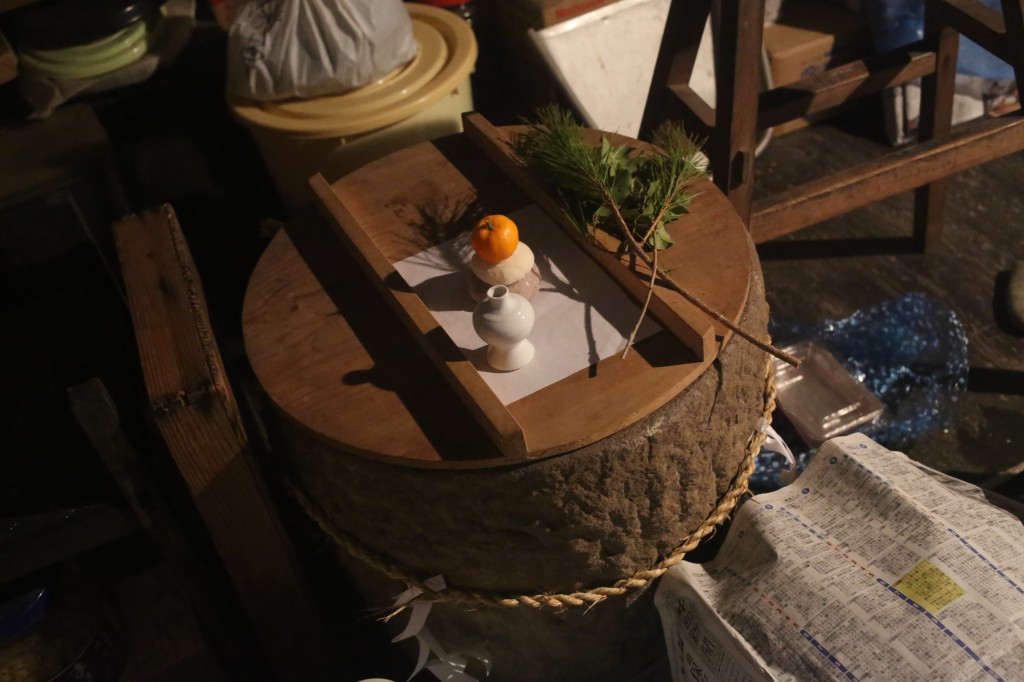