A ‘sarubobo’ is a well-known souvenir in the Hida area. You will see it while traveling around here. Since the Edo era, many children in the Hida area have had one as a charm against evil.

‘Saru’ means ‘monkey’ in Japanese, and ‘bobo’ means ‘baby’ or ‘doll’ in the Hida dialect. So ‘sarubobo’ means a baby monkey. 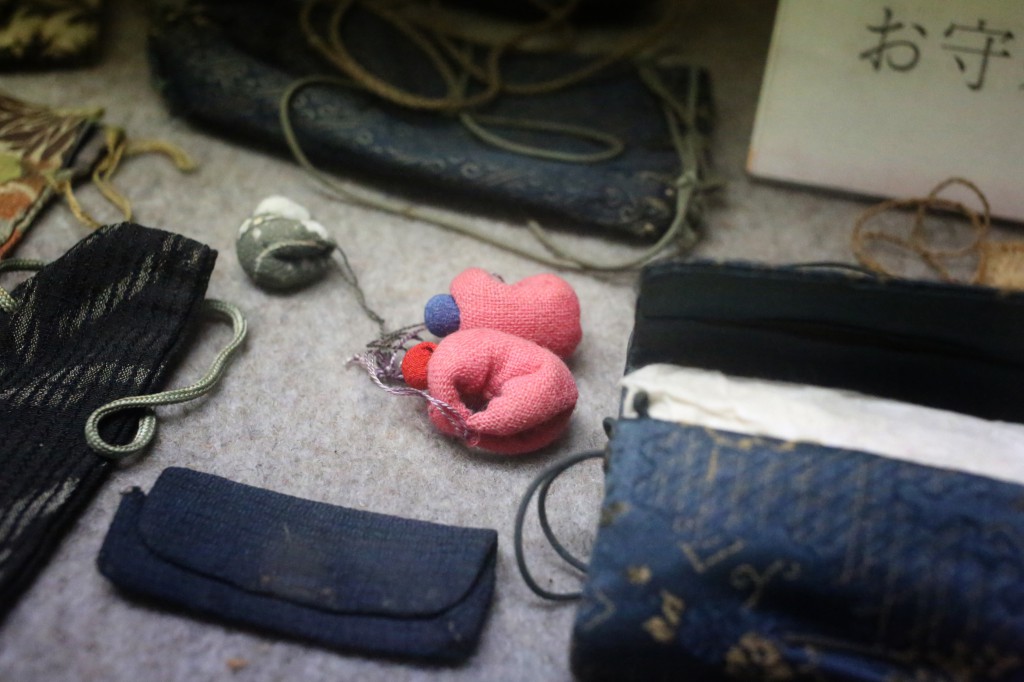 In the Nara era, people used to keep a doll called an ‘amagatsu’ much like the ‘sarubobo’. It was a small doll based on the Koshin belief originating from Taoism introduced from China. It is written as ‘天児’ in Chinese characters. ‘天’ means heaven and ‘児’ means child. It was believed that it protected children. It is said that the ‘sarubobo’ began to be made in the Edo era in the Hida Takayama area. In that era, almost all women started learning to sew it. That was the first sewing lesson for women as they learned to make kimono clothes for their husbands. Mothers would also make a ‘sarubobo’ for their own baby, since it is believed to protect children like an ‘amagatsu’ does. 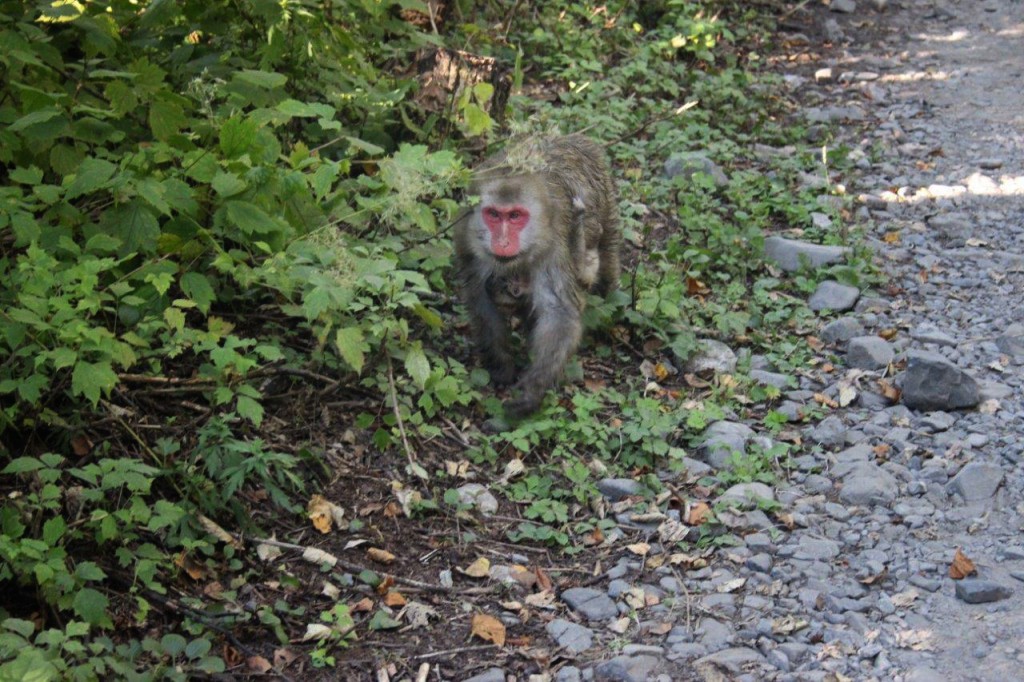 The monkey has been regarded as a holy animal in China, India and Africa from ancient times. Also, in Japan the monkey was a herald of God. People highly esteemed the monkey and believed that it protected houses from illness. The custom of hanging a monkey head in front of a barn was widely observed, an obvious manifestation of a common belief in part of the Hida area.

In Japan, people appreciate the sound of Japanese because one word may have various meanings (a case of homonyms). The sound ‘saru’ has two meanings. One meaning is ‘monkey’, the other meaning is ‘leave’ or ‘go away’. So people believe that a monkey can take away your unhappiness (that is, cause it to go away).
The monkey is also believed to assure an easy delivery, so it is the deity associated with safe child-bearing. People believe that the monkey brings abundant happiness. 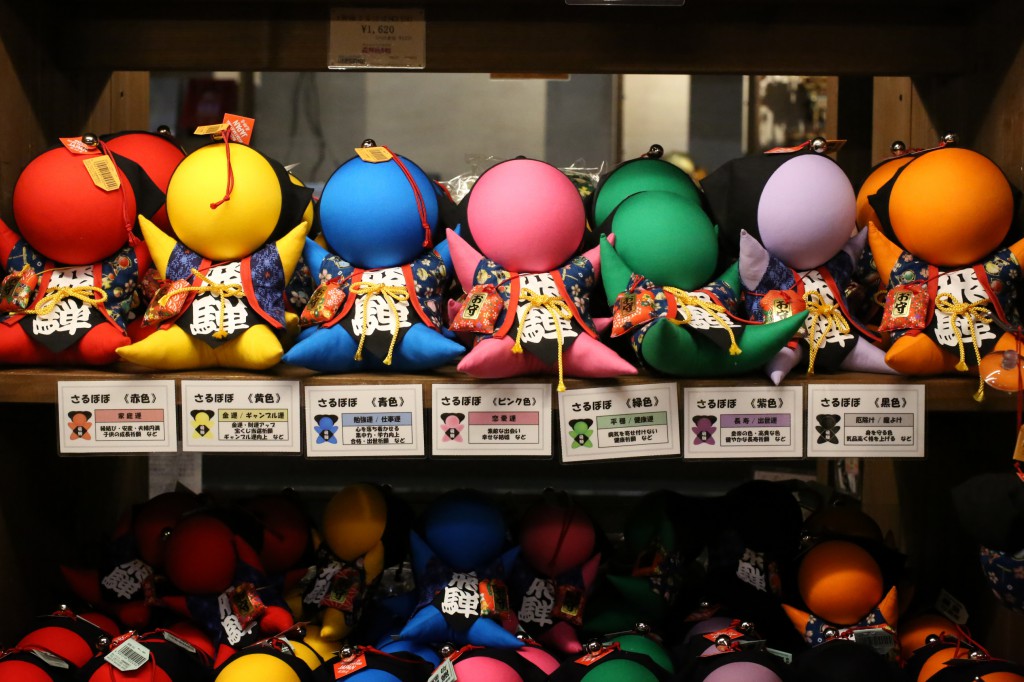 Nowadays, we find the sarubobo in various colors: gold, silver, pink, yellow, green, blue and red. However, its original color is red. Red was seen as an amulet or a charm against evil influence and bad luck.
In the Edo era, smallpox was prevalent, and there was no treatment or cure for it, so it was a fatal disease in Japan. At that time, people believed Housou-gami (Smallpox demon) to be a deification of housou (smallpox), and a kind of Yakubyo-gami (the God of Plagues), a deity responsible for the transmission of epidemics. Smallpox has strong infectious power. Children easily contracted the disease. It was said that Housou-gami dislike red, so people believed that red things protected children. 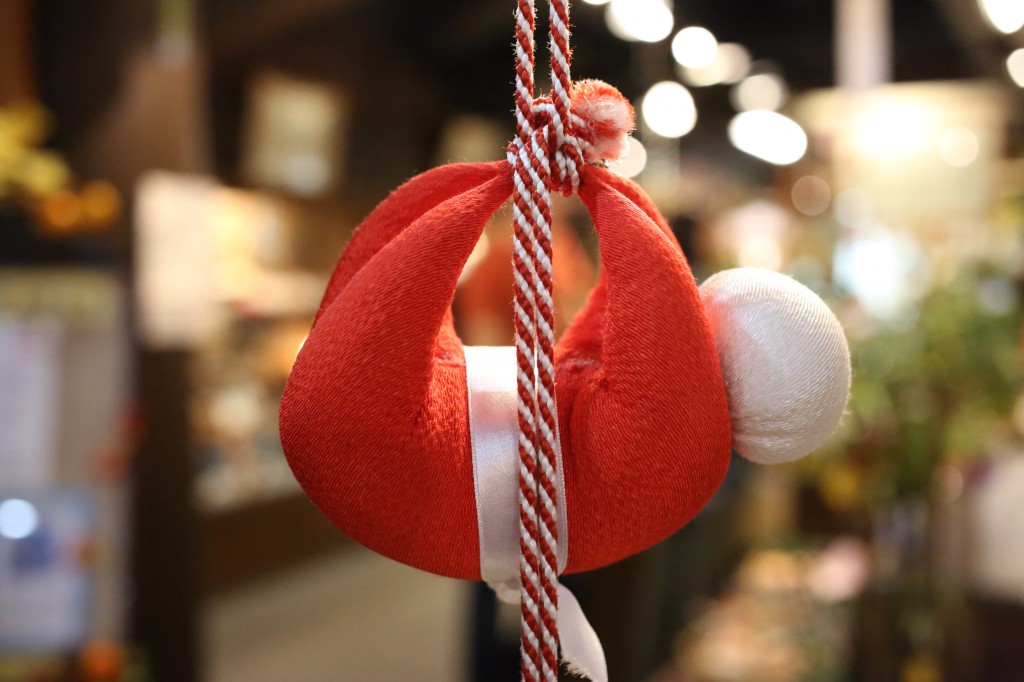 Even nowadays, the monkey guards the souls of all innocent children and brings happiness and joy. Be sure to get a sarubobo when you come to the Hida area. It may just heal your disease!